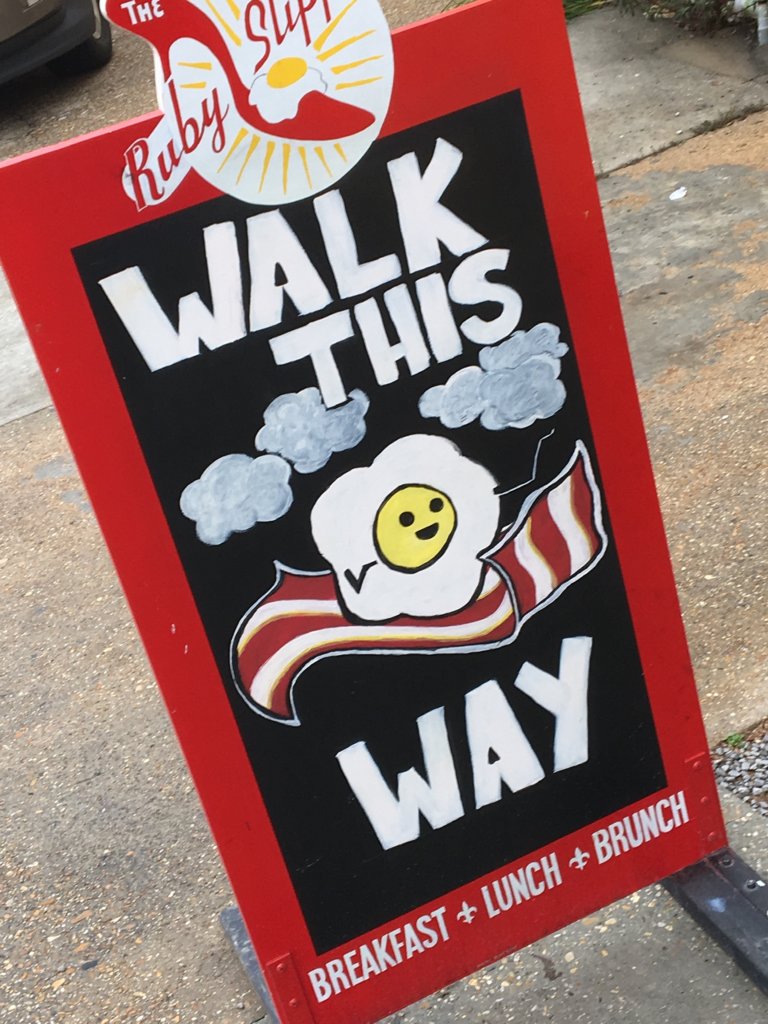 Everyyyyyone told me to come to Ruby Slipper Cafe when I came back to visit NOLA once more.

Why? Is a question that lingers.

My friend Kirby, a NOLA Native, also suggested Ruby Slipper Cafe and then I knew that perhaps, this was a place to put on my list. With numerous locations, I feared the wait would match that of the Canal St. location where I observed crowds of guests waiting outdoors for seating. Luckily at the Broad St. location, we seemingly walked right in. Busy and filled with guests on a Sunday morning, I figured I was in for a real treat after all of the recommendations passed onto me.

We were seated at a small booth in the back and awaited our waitress. After waiting about 15 minutes, we were finally greeted and placed our drink orders. 10 minutes later, we got drinks. This seemed to be the routine of the morning, as the service received was spaced out and nothing to write home about. Because Kirby and I are both former servers, we understand the pros and cons of serving and try not to be critical but were quite disappointed that we struggled to get our servers attention despite the lack of fuss happening in her section.

Despite that, we continued to focus on our meal. Kirby opted for French Toast with an extra side of Bacon, “not fried crispy, but soft” and as a pregnant woman, I know she meant this. I ordered a Croque Madame with a side of bacon as well and we waited with bated breath, hoping our meals would come fast enough to keep Kirby, the baby and myself in good spirits — and from eating someone else’s food on a neighboring table.

When our food finally arrived at our table about 15-20 min. later, we were both starving and planned to dive right in. Upon review of our food as I was snapping some shots, we realized that the bacon Kirby previously requested be “not fried crispy, but soft” as her cravings desired, was almost as black as the boots I was wearing. It’s almost like the server didn’t pass the memo on at all. When we finally got ahold of her, we promptly sent the bacon back and continued our meals. Kirby was a big fan of her French Toast and the bacon they finally did bring out. My Croque Madame, not so much but this was my first experience trying one. I think that I expected something sweet and savory, but the bread was dryer than expected vs. being soft to the bite, although I appreciate the huge slices.

Overall, my experience simply fell short of what I expected. I don’t find myself loving chain food too much and believed Ruby Slipper to be different… but maybe another try will prove me wrong? 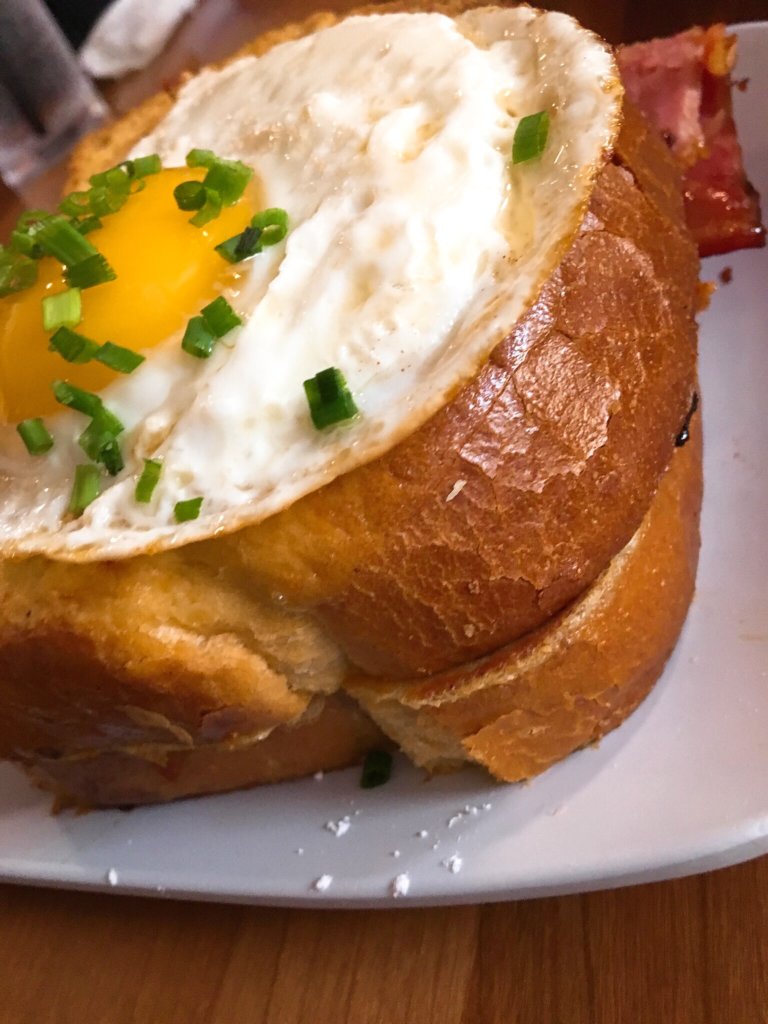