I remember back when I was about 11 or 12 years old, my mother was so excited to tell me all about the newest TV personality who was now a star on Food Network. “She reminds me so much of you!” I wasn’t sure what she meant by this until I turned the TV to a show called 30 Minute Meals and set my eyes on a bubbly, energetic brunette named Rachael Ray. So many people don’t know that I wanted to be a chef for the longest as a child and still hold that same passion despite not cooking as nearly as much as I wish I could. I turned my love of cooking into a pure love of food as an adult, but I never forgot my favorite, Rachael, as I grew up and I’ve continued to be a fan of hers as she hosts several shows, has tons of product lines and you probably see her on a commercial at least once a day.

Another show that Rachael starred on that has always been a guilty pleasure of mine was called, $40 a day. This foodie and travel infused show showed our host enjoying a day away in a random city, and while touring the town, she’s also on the hunt for three meals (sometimes more!) that all cost her only $40. FORTY BUCKS!

So often, we feel that we have to spend big on food to make it great. Do you know why food freshly prepared at home always tastes so much better? Because of the love used to prep it. When I look for a great meal, I’m not focusing on going for the most expensive or the cheapest; I’m looking for the best. So when it came to planning my trip to New Orleans, of course, I planned to eat my little heart out with the amazing Cajun cuisine awaiting me in Louisiana. But I thought, “Why can’t I do this on a budget?” Everywhere I looked when planning for NOLA advised that eating and drinking there was expensive. I’ve been before and yes, it was pricey at times. Want to know why? Because you find yourself accepting whatever is closest, open and without a wait. Planning in advance helped me avoid this because I already knew what was on the menu (to ensure that there were options I liked), knew the prices, and knew that it was worth my money. How did I do? See for yourself!

(Visit my FOOD section for individual reviews for each restaurant/meal + more pics!) 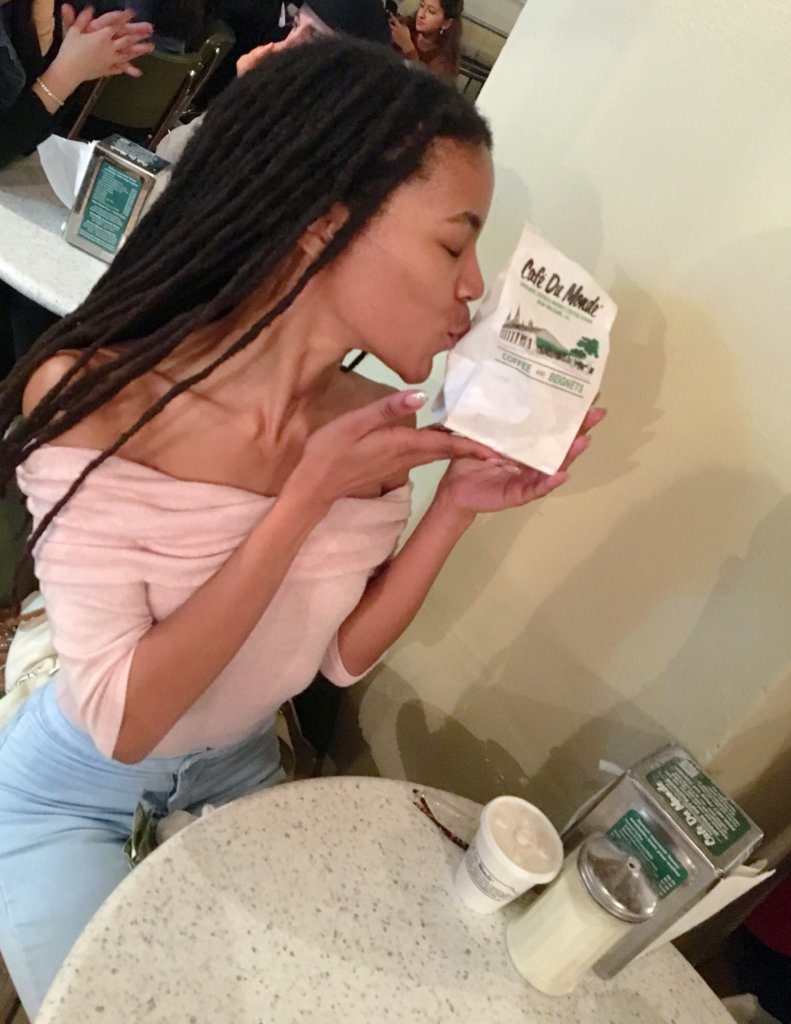 Well, I did go over on some days ($5.73 at most, do I get a pat on the back for that? Lol) In total, I went over $6.59… but I was also under $18.65 in total from underspending on my Day 1 and Day 5. I later found that I was going over because although I considered tips (which I still went over in because I hate to cheat a waiter, and still hated to not spend more lol), I neglected to calculate taxes. SMH.

But I think for a first run, I did well! I wanted to prove to myself and show others that you can enjoy the best of foods that a city has to offer without spending big bucks, and let me tell you, I was STUFFED! It made me get creative, opt out of some options, had me looking for lunch specials and happy hours – all while ONLY opting for some of the best of NOLA cuisine.

I think I made Rachael Ray proud.